NextGenTrade® > The Future of Trade in Services (an EU perspective) 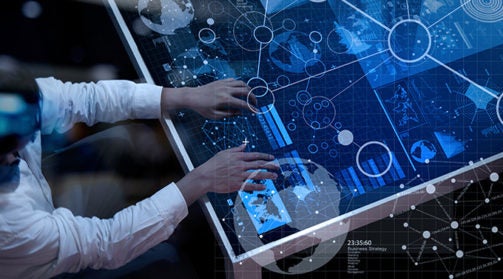 The Future of Trade in Services (an EU perspective)

Services
Today the new EU Regional Economic Report from the World Bank together with its background paper came out which I have co-authored. The report and paper focus on how to increase EU growth. The EU’s growth record has been sluggish, which is particularly due to its low productivity. And productivity is today’s engine of the EU’s economy.
How to revive this productivity? One big answer the report provides is through services reform, particularly in Eastern European countries. I agree, but would also look at Germany and France. Three focus points that arise from the report are important in this regard.
First, reforming services markets any further is important. Of course, this can be done by lowering burdensome services regulations through, for instance, abolishing state interventions so that new services firms can have easier access to the market. However, a particularly striking feature that we find is that eliminating entry barriers is not sufficient. On the contrary, regulations on how firms operate appear to be a particular negative factor for EU productivity. These regulations include administrative rules on the form of businesses, rules on inter-professional cooperation in professional services or even rules on regulatory transparency among many others.
Second, the report also emphasizes that EU countries’ domestic institutions matter. What do we mean by that? Various items such as a lower level of corruption, a stronger judicial system that enforces business contracts when things go wrong or just the quality of regulations implemented by qualified and competent market regulators. With these institutions in place, some European countries would gain a lot more from liberalizing services markets. This can be seen in the figure below.
EU change in productivity levels with or without strong institutions 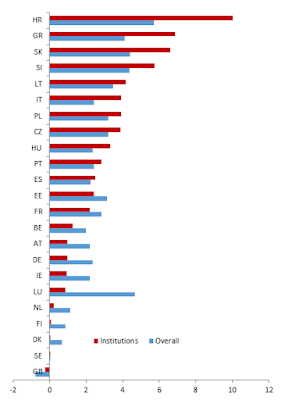