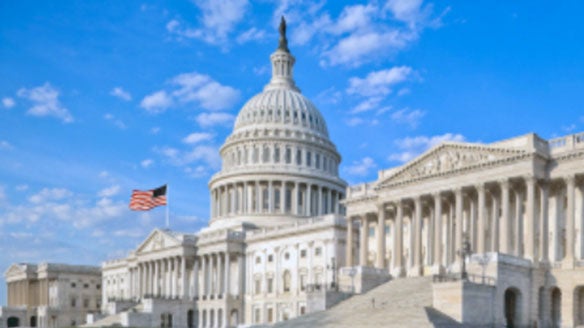 Does Anyone Understand the Democrats’ Mind-Bendingly Complicated Carbon Tariff Bill?

In the past week, the United States and Europe have tossed a once-obscure climate policy into the spotlight: carbon tariffs, or “border adjustment mechanisms,” as they’re called. Last week, politicians in Brussels unveiled a 291-page proposal to levy a fee on carbon-intensive imports. And on Monday in the U.S., Democratic Senator Chris Coons and Representative Scott Peters unveiled a 19-page bill for a border carbon tax, which could funnel revenue toward an infrastructure package.

Climate groups have long advocated for some means to prevent carbon dumping, i.e., allowing companies to produce goods in countries with more lax environmental standards and ship them back cheaply. They’ve also pushed for policymakers to start accounting for the stunning amount of emissions from trade. Steel alone could eat up 50 percent of available carbon budgets by 2050, and the carbon embodied in goods imported to the U.S. now equals the total emissions of all our factories.

“Corporations might think twice about outsourcing to countries with weaker standards if they know they’re going to have to pay a carbon dumping fee to sell their products back in the U.S.,” Sierra Club Living Economy Program Director Ben Beachy told me by phone. Properly designed, he said, such a program “could serve as a strong incentive for countries to meet their climate goals to ensure duty-free access to the country’s largest markets.”

Yet the devil is in the details. And the bill proposed this week has a lot of devilish details. Many are still analyzing the proposal, which has raised major questions about equity and implementation. There aren’t yet great models for how to roll out a carbon border adjustment mechanism—much less in a country that doesn’t regulate carbon.

The bill from Coons and Peters—the Fair, Affordable, Innovative, and Resilient Transition and Competition Act, or FAIR Transition and Competition Act—would charge importers in certain industries the cost of compliance with domestic climate rules and encourage the U.S. trade representative to include climate more systematically in deals her office negotiates. The measure would initially cover steel, aluminum, cement, and iron, all trade-exposed, carbon-intensive sectors for which there are limited green alternatives.

It also reads like a tacit acknowledgment that an economy-wide domestic carbon-pricing regime is unlikely in the U.S. “The spirit of the Build Back Better proposals and the Green New Deal is to look sector by sector and come up with specific strategies through standards and investments that can lead to concrete change,” said Roosevelt Institute Governance Studies Director Todd Tucker.

The basic idea behind a border carbon adjustment mechanism is to prevent something known as carbon leakage, wherein companies move abroad to produce more cheaply under less stringent environmental standards, potentially hampering both domestic economies and the impact of climate policy on overall emissions. If the U.S. can produce steel with less carbon than it takes to produce steel in China (the world’s top steel producer), for instance, a border carbon adjustment makes it so that companies importing from China will need to pay for that difference when they sell steel to U.S. buyers.

Carbon-pricing systems—like the one currently in use in the European Union—can make that math a bit simpler: Carbon costs in various industries are already monetized and tracked by the bloc-wide European Emissions Trading System. So under the new carbon tariff Brussels officials proposed as part of their more sweeping climate plan last week, importers would be made to pay the same carbon price for covered goods as producers who make them within the bloc.

That’s how it should work in theory, anyway. From the beginning, the ETS system has included generous free allowances for emissions-intensive and trade-exposed sectors like steel and aluminum, so that they don’t actually pay the full carbon price set by the market, now around $60 per ton. These allowances are now set to be phased out by 2036 under the new plan unveiled last week, though even that gradual timeline could face fierce pushback from industry. The EU’s border carbon adjustment mechanism would take effect in 2026.

Furthermore, these carbon tariff proposals may face a challenge at the World Trade Organization, on the principle that they violate nondiscrimination rules for WTO members. Ironically, given the EU’s deliberate attempt to avoid such a challenge, U.S. Senate Democrats’ proposal may be more insulated against a WTO complaint, Tucker said, since its criteria for imports are more open as to how emissions reductions are carried out.

“Whatever international coordination mechanism you have needs to be agnostic about the means for decarbonizing. That’s very much unlike the EU proposal from last week, which puts carbon pricing as the only policy that countries will get credit for under their border adjustment mechanism,” Tucker said. Under the Coons and Peters bill, countries that don’t apply a carbon adjustment fee to U.S. imports and follow climate rules “at least as rigorous” as ours would be exempted.

Where this gets really complicated for the U.S., though, is in calculating import fees without the kind of carbon-pricing system the EU has. Per the bill text, U.S. import fees would be calculated by multiplying “the domestic environmental cost incurred in the production” of covered goods and fuels—the cost to companies of complying with federal, regional, and state climate rules—by the “upstream greenhouse gas emissions of such fuel.”

In broad strokes, that means importers would have to pay the equivalent cost of whatever they would pay to generate the same amount of emissions domestically, through compliance with the Clean Air Act and greenhouse gas efficiency standards for automobiles. Much of that data is available, thanks both to EPA reporting requirements and the stringent cost-benefit calculations imposed on federal agencies in the 1980s.

Starting on July 1, 2023, this group would undertake a regulatory review process to identify an “implicit carbon price that comes through standards and regulations,” Tucker says. “If the U.S. doesn’t pass climate legislation, or doesn’t take other regulatory steps, then there’s not going to be a border carbon adjustment. It’s only triggered if the U.S. starts regulating.”

The U.S. does not currently regulate carbon. It could start to do so in the power sector if the Clean Energy Standard currently being proposed makes it through reconciliation. But absent direct carbon regulations that cover sectors like iron and cement, the bill Coons and Peters are proposing would essentially be a means of collecting data in order to lay the groundwork for any eventual rules. Tucker also told me it could be a means of providing certainty to industries in advance of new regulations that they would be protected against competition from firms abroad that operate more cheaply without them.

The Sierra Club has floated a similar and somewhat simpler formula for a “Carbon Dumping Fee”: calculate the carbon intensity of covered sectors in the U.S. and among its trading partners, then use the Social Cost of Carbon—for which there is already a dedicated team in the White House—to calculate the fee on importers. That’s not a simple task, exactly, but potentially a lighter lift than translating an amalgamation of federal, regional, and state climate laws into a steady fee.

The FAIR Transition and Competition Act would also cover coal, oil, and gas, which are much less common features of such border carbon adjustment proposals; Tucker and Beachy were both surprised to see them included. Fees on the imports of these fuels would include the cost of complying with methane regulations and even additional costs incurred by drillers for a Clean Energy Standard, should that pass as part of a reconciliation package. Both drilling costs and greenhouse gas intensity vary wildly based on where and how coal, oil, and gas are extracted. Drilling for oil via fracking in the Permian Basin, for instance, is far more greenhouse gas–intensive than drilling in the Gulf of Mexico, where there is long-standing infrastructure for offshore production. These factors could all present challenges in calculating import fees, especially considering that fuel imports can in some cases carry lower upstream emissions costs than those produced domestically. This could end up providing a boost to domestic drillers.

“I have a lot of questions about the inclusion of fossil fuels,” Beachy said. “I did not include fossil fuels in the proposal that I’ve been advancing, so I have a lot of curiosity about how that would work.” He added that the Sierra Club does not yet have a position on the FAIR Transition and Competition Act, and was still evaluating it.

A spokesperson for the American Petroleum Institute said they were still reviewing the bill, but sent along a statement as to their position on carbon border adjustments. “Economy-wide carbon pricing is the most impactful and transparent government policy to drive innovation and address climate change, and carbon border adjustment is an essential component of a sound carbon pricing policy,” API Vice President of Corporate Policy Stephen Comstock said over email. “We welcome further engagement on these issues with policymakers.” In Greenpeace journalistic arm Unearthed’s recent exposé, Coons was among the lawmakers named by Exxon lobbyist Keith McCoy as being a top target for his company. At the time of McCoy’s call with Unearthed’s undercover reporter, he was slated to meet with Exxon CEO Darren Woods sometime in May.

Then there’s the equity problem presented by a border tax. While the world’s least developed countries are exempted from the border carbon tax under Coons and Peters’s proposal, it could still harm other developing and middle-income countries. “If a country is mired in a carbon-intensive economy and is being punished through these schemes, it’s going to make it harder, not easier, for them to decarbonize in the future,” said Tobita Chow, director of Justice Is Global, a project of the community organizing network People’s Action. “The reason why developing economies have heavy carbon emissions isn’t because they don’t want to address the problem, but the capital and technology they need to do that has never been made available.”

A study released last week by the United Nations Commission on Trade and Development found that the EU’s proposal—which differs in significant ways from the U.S. proposal—would have a muted impact on global emissions, reducing them by just 0.1 percent, while delivering better results to developed countries than developing ones. The study’s authors suggest pairing the system with dedicated funding (“flanking policies”) to “accelerate the diffusion and uptake of cleaner production technologies in developing countries.” The Coons and Peters bill would allocate revenue to at least some efforts along these lines, including technology transfer and the “export of technologies that reduce or eliminate greenhouse gas emissions.”

As with just about every climate-related measure churning through Congress, the future and details of this legislation are still up for debate. Given how incomprehensible this genre of policy is, it’s not likely to capture the public imagination. That said, it might just signal one major shift: Trade policy is now finally, explicitly, climate policy.

Kate Aronoff is a staff writer at The New Republic.