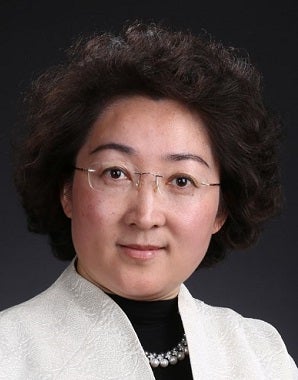 Dr. Hong Zhao, the last of the Appellate Body members at the moment, provided farewell remarks on her last day of her first term, November 30, 2020, in a virtual presentation hosted by the CTEI Graduate Institute’s Geneva Trade Platform. See https://www.graduateinstitute.ch/communications/events/professor-dr-hong-zhao-farewell-remarks-and-presentation; https://www.youtube.com/watch?v=8aKPj_Vj6Gc. Dr. Hong Zhao’s prepared remarks have not yet been posted on the CTEI Graduate Institute’s webpage nor on the WTO webpage on the Appellate Body, where remarks of other departing Appellate Body members have been posted. Such postings will presumably occur in the coming days. Hence what follows are my impressions from listening to the farewell remarks of Dr. Zhao.

Dr. Zhao’s remarks were about forty-five minutes in length and were followed by a short question and answer period. As the last current Appellate Body member, Dr. Zhao spent a good deal of her presentation walking through potential causes for the current controversy over the Appellate Body with a focus on a conflict of ideas on dispute settlement held by WTO Members and on different styles of dispute settlement (activism vs. restraint). She also reviewed areas for future action to get the WTO dispute settlement system back and functioning. Her comments were quite interesting. While she often laid out what Dr. Zhao believed are competing views within the WTO Membership, in general she provided a justification for past Appellate Body actions while also providing some steps Members could take going forward to resolve the present impasse.

Disagreement with some of her observations about the WTO Appellate Body

Her remarks made clear that Dr. Zhao views the Appellate Body as a court, that the objectives of consistency and predictability have justified the approach pursued by the Appellate Body, and that the objective of resolving disputes has justified the creation of rights and obligations even if the agreements are silent on the question before the Appellate Body. Nonetheless, Dr. Zhao emphasized, in light of the serious challenges facing the WTO, the need for WTO Members to come together to save both the dispute settlement system and the WTO itself.

The U.S. has stated that the Appellate Body and panels are not courts and that position has been supported by the European Union and Canada, each of whom has acknowledged that WTO dispute settlement does not involve courts. So there is a stark difference in the understanding of the role of the Appellate Body and panels between Dr. Zhao and at least some major Members of the WTO. What isn’t explored in Dr. Zhao’s comments is how the nature of dispute settlement changes if courts are not involved.

Similarly, recognizing the longstanding problems of the negotiating function at the WTO, Dr. Zhao does not perceive that a resolution of a dispute could include a decision that there are no rights or obligations on a particular point and hence the dispute (in total or on that particular issue) is resolved against the party who requested a panel and/or appeal. Consistency and predictability are obviously encouraged if efforts to achieve through a dispute an outcome not specified in one of the underlying agreements are denied. So too is the need of Members to pursue issues not covered by agreements in new negotiations.

Dr. Zhao also seems to excuse the failure of the Appellate Body to review and revise construction of provisions in subsequent cases when there are reasons to do so, instead putting the responsibility for dealing with erroneous decisions in the hands of the WTO membership through binding interpretations or new negotiations, despite the failure of the WTO membership to achieve either resolution. While the WTO has serious problems because the negotiating function has been largely impotent over the last 25 years, certainly on addressing errors from the Appellate Body, it is unfortunate that Dr. Zhao didn’t acknowledge the failure of the Appellate Body to resolve matters on a case-by-case basis and to not view prior reports as precedential and/or at least subject to review and revision.

Actions Members could take going forward to resolve the impasse

Dr. Zhao had many proposed “to do” actions including the following:

(2) have the Appellate Body focus on not creating rights or obligations as they consider appeals,

(4) not engage in rulemaking during dispute settlement,

(5) have Appellate Body exercise restraint in their reports (vs. activism),

(7) improve communications with parties when reports can’t be generated in 90 days,

(8) give Appellate Body members a one term 7-8 year term,

Dr. Zhao also supports improving implementation steps after dispute settlement and strengthening panel proceedings by going to a fixed group of panelists (30 in number) with terms of 5-6 years, encouraging Members to join MPIA until the Appellate Body is restored, improve transparency of panel proceedings for WTO Members, provide technical assistance to developing and least developed countries and permitting Members to present their argument in their national languages.

Each departing Appellate Body member has provided their thoughts on the operation of the Appellate Body in farewell remarks. Dr. Zhao’s farewell remarks reflect a lot of thought about the system as she experienced it and reflect an examination of potential causes of friction in the system and provide suggestions for what types of steps Members could take to bring a two-step dispute settlement system back into play at the WTO.

There are WTO Members who want to have a quick resolution of the current impasse either through the lifting of the blockage on appointing new AB members or (more realistically) by solving U.S. problems and removing the blockage. Some have argued for a more expansive review of dispute settlement including addressing issues during panel proceedings, etc. While any approach can be pursued by Members if they so wish, the latter approach will certainly extend the period when there is no functioning Appellate Body. Indeed, the dispute settlement review which started twenty years ago has never been concluded and would suggest significant additional delay if full blown dispute settlement system review is the focus.

As to specific proposals on addressing the Appellate Body, some suggestions by Dr. Zhao have been nonstarters for the United States (extending terms from four to seven or eight years) while many others appear to reflect the need to resolve U.S. concerns. The devil is, of course, in the detail and likely includes a necessary agreement by Members on the underlying purpose of dispute settlement and clarifying DSU Article 3.2 and 19.2 by providing guidance on what constitutes the creation of rights or obligations.

Still, Dr. Zhao should be congratulated for recognizing that the status quo ante is not a viable approach and for providing her perspective on changes or clarifications that could be part of the solution to the current impasse.