Blogs > Rethinking China Trade 20 Years After It Joined the WTO

Rethinking China Trade 20 Years After It Joined the WTO

At the turn of the century, there were high hopes that China’s WTO accession would mark the dawn of a new era for global trade.

Former U.S. President Bill Clinton even boasted that by joining the WTO, China was “agreeing to import one of democracy’s most cherished values: economic freedom.”

Now, governments and businesses around the world are grappling with what the next two decades will bring as China’s massive economic weight reshapes the global trading system in ways that were previously unimaginable.

For China, its entry into the global trading tent was a huge success that helped raise millions of workers out of poverty and propelled its economy from the world’s sixth to the second largest.

Though the world’s consumers benefited from an influx of cheap Chinese goods, there’s now a growing view in the U.S. and Europe that China’s WTO accession was a historic, job-killing mistake. 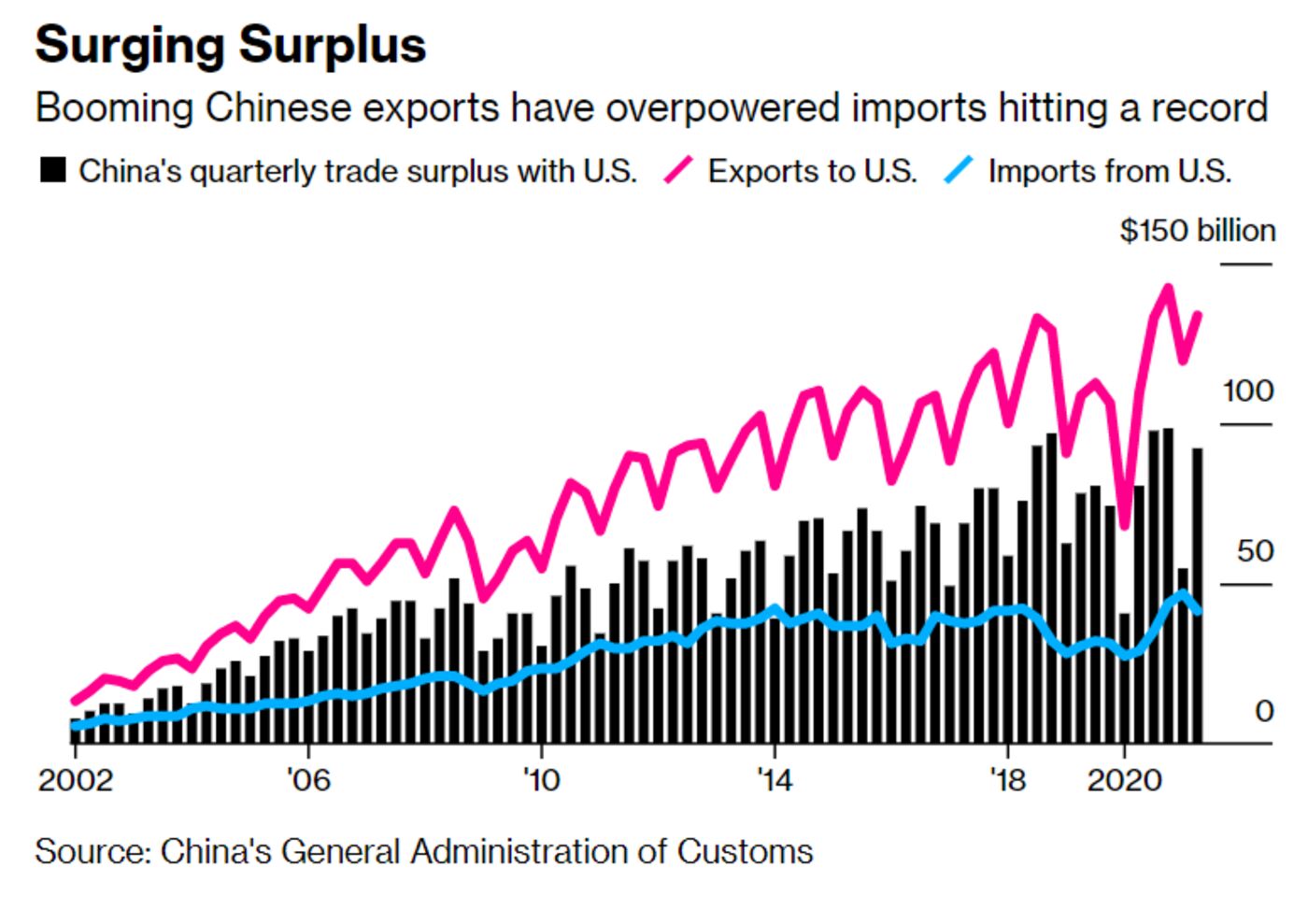 The list of grievances includes criticism that the Chinese government subsidizes domestic companies at the cost of foreign competition; that it plays an oversized role in managing state enterprises; that access to China’s market remains difficult for foreign entrants; and intellectual property theft remains widespread.

But the core of the debate over China’s role in the global trading system is relatively simple — China didn’t fully integrate its socialist economy into an organization created by and intended for market-based economies.

There are at least three causes for this:

Western leaders acknowledge that the current situation is untenable and some warn it could inevitably split the world into balkanized trading blocs.

Despite a more positive change in tone toward the WTO, President Joe Biden has largely continued his predecessor’s hardline approach. Biden is actively crippling the WTO’s appellate body and continues to impose Trump’s unauthorized tariffs on $300 billion worth of Chinese exports.

The biggest difference between Biden and his predecessor’s approach is the current administration’s ambitions to work with America’s allies and present a coordinated approach to China.

Sure enough, the U.S. and European Union patched up their biggest trade fights from the Trump era and Washington is now pushing plans for a new economic framework for the Indo-Pacific region.

If the U.S. can align a large enough coalition around a set of new rules to fix the flaws of China’s WTO entry, it could represent the greatest reform to the global trading system in a quarter century.

Bryce Baschuk is a mulitmedia journalist based in Geneva, Switzerland. Over the past 10 years Bryce has produced business and technology stories for media outlets based in and out of Washington, D.C.

Enda Curran reports on Asian economies and analysis for Bloomberg.

To read the full commentary from Bloomberg, please click here.