Blogs > WTO Negotiations On Agriculture — Slow If Any Progress To Date 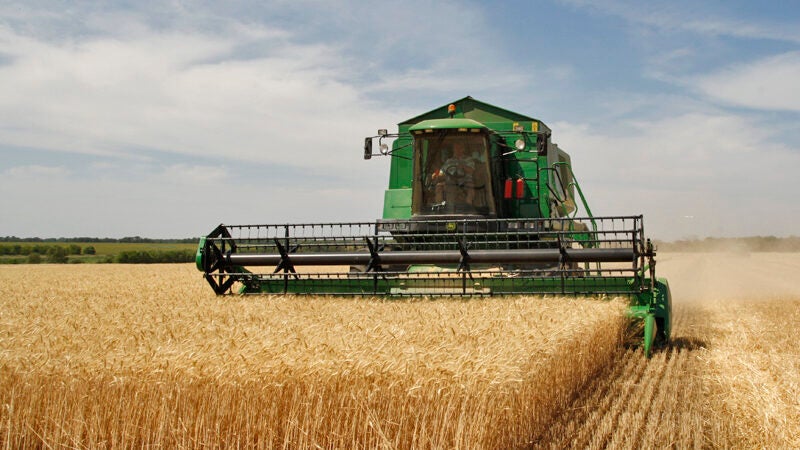 WTO Negotiations On Agriculture — Slow If Any Progress To Date

When the Uruguay Round was concluded, the Agreement on Agriculture included provision for periodic renewed negotiations to improve market access and address market distortions. See Agreement on Agriculture Art. 20. Negotiations started in 2000 and then were folded into the Doha Development Agenda in 2001. While there have been some important accomplishments — including an agreement for eliminating export subsidies at the Nairobi Ministerial in 2015 (EXPORT COMPETITION, MINISTERIAL DECISION OF 19 DECEMBER 2015, WT/MIN(15)/45, WT/L/980) — the divisions between Members has meant limited progress first during the Doha negotiations and in the years since 2008 in preparation for periodic Ministerial Conferences.

While eight topics are being pursued in ongoing negotiations, the current Chair of the negotiations, Ambassador Gloria ABRAHAM PERALTA (Costa Rica), has put out two texts in 2021, the latest of which from late November essentially calls for most topics to be the subject of ongoing negotiations aiming for resolution by the 13th Ministerial Conference (presumably December 2023 or later). The eight topics are public stockholding for food security purposes, domestic support, cotton, special safeguard mechanism, export prohibitions or restrictions, export competition, cotton and transparency (a cross-cutting issue). See COMMITTEE ON AGRICULTURE IN SPECIAL SESSION, REPORT BY THE CHAIRPERSON, H.E. MS GLORIA ABRAHAM PERALTA, TO THE TRADE NEGOTIATIONS COMMITTEE, 19 November 2021, TN/AG/50 (23 November 2021). Only Annex I presents a hoped for agreement on not blocking exports to the World Food Programme as doable by the now postponed 12th Ministerial Conference.

The latest draft, is much more limited than the July 2021 draft (COMMITTEE ON AGRICULTURE IN SPECIAL SESSION, DRAFT CHAIR TEXT ON AGRICULTURE, 29 July 2021, JOB/AG/215 (29 July 2021) reflecting widely divergent positions by Members on many of the proposed steps put forward by the Chair. The July document is 27 pages in length (20 of proposed text) and compares to a 16 page document in November (7 pages of text). Both pale in comparison to the text being considered during the Doha Development Agenda. See REVISED DRAFT MODALITIES FOR AGRICULTURE, TN/AG/W/4/Rev.4, 6 December 2008 (120 page document). On topic after topic, the Chair indicated that her discussions with delegations indicated an inability to come to closure quickly, hence proposals for work programs to go forward. See, e.g., TN/AG/50 at 4 (domestic support), para. 2.6 (“2.6. Taking into account the limited time left until MC12, and the persistent differences over how to discipline TDDS, it is clear that Members will be unable to achieve a substantive outcome at the Conference involving agreement on concrete modalities for the reduction of TDDS entitlements. I continue to believe, however, that MC12 can benefit all Members by delivering a useful step forward in the domestic support reform process that would set the direction for work after the Conference. I also believe that it is our collective duty to make every effort to find a way forward in this important area where an outcome is long overdue. I therefore suggest Members establish modalities by MC13 to substantially reduce trade-distorting domestic support by the date to be agreed upon by Members, coupled with some guiding principles and improved transparency requirements.”); at 5 (market access), para. 3.4 (“3.4. On the issue of applied tariff transparency, some Members remain concerned about logistical constraints or the implications of the proposed decision for possible legislative changes that it might necessitate. I sensed the reluctance of those Members to consider a definitive agreement at MC12, even on a ‘best endeavour’ or voluntary basis. Accordingly, I have proposed that Members’ work in this area continues in the Committee on Market Access, anchored by their sharing of current national practices when changing applied tariffs, and with a view to developing a non-exhaustive list of good practices for national customs authorities.”); at 5 (export competition), para. 4.2 (“4.2. Most of the discussions addressed the question of transparency, including a post-MC12 work programme and the possibility of encouraging Members to provide export data with the support of the Secretariat if deemed necessary.”); at 5-6 (export prohibitions or restrictions), paras. 4.5-5.8 (concerns of some re World Food Programme Annex, proposed work program on transparency); at 7 (cotton), para. 6.6 (“6.6. On the other hand, other Members considered that agreement on modalities for reductions by MC12 was out of reach in light of the short time left, the remaining strong divergence in positions, and the overall level of ambition for an agricultural package at MC12. The draft text therefore aims at finding a possible way forward reflecting Members’ commitment to continue the negotiations with a view to agreeing on modalities for the reduction of trade-distorting domestic support for cotton, in accordance with the mandate to address cotton ambitiously, expeditiously, and specifically, while also taking into account the overall context of the agriculture negotiations.”); at 7 (special safeguard mechanism), para. 7.1 (“7.1. Several developing Members attach importance to an outcome on SSM at MC12, especially in the wake of the COVID-19 pandemic. However, given the deep divergence among Members on some fundamental aspects of the SSM negotiations, including on the issue of linkage with market access, it has become apparent that a substantive outcome on SSM at MC12 – even in a limited or temporary setting – is increasingly unlikely. In these circumstances, and taking into consideration the current technical deficit in the SSM negotiations, my revised text proposes that Members engage in targeted thematic discussions post-MC12 to address this aspect – as my July draft text did as well. Technical elements of the SSG may inform these discussions to facilitate timely agreement on the numerous highly technical parameters of an SSM, including on scope, triggers and remedies. My draft revised text also proposes that the General Council makes recommendations on this matter to MC13 for the consideration of Ministers.”); at 8 (public stockholding for food security purposes), para. 8.6 (“8.6. My assessment that it would be extremely difficult to achieve a permanent solution at MC12 was not shared by some developing country Members, who insisted that I forward this issue to Ministers for their consideration and decision.6 Several Members strongly objected to this proposed course of action, notably due to the lack of detailed technical work on elements for a permanent solution and the absence of parallel progress on domestic support. Consequently, given the stalemate, my recommendation to Ministers is for the adoption of a work programme with a view to agreeing on a permanent solution by MC13. I also propose that the General Council regularly reviews progress in these negotiations. Given the importance attached to the PSH issue by several developing country Members, Ministers may, if they so wish, consider revisiting it, bearing in mind the significant divergent positions as outlined above, among the Membership.”).

Given the postponement of the 12th Ministerial Conference because of the COVID pandemic, some of the time pressures reflected in the documents from the Chair of the Agriculture Negotiations are reduced. Yesterday, January 24, 2022, there was an informal meeting of the Committee on Agriculture in Special Session. While there is no WTO press release on the meeting as of this post, press articles indicate that there was a split between agricultural exporting countries and others who were willing to work with the revised text and those calling for rejecting the revised text (India, the African Group, the African, Caribbean and Pacific Group and China). See, e.g., Inside U.S. Trade’s World Trade Online, WTO members debate fate of agricultural negotiating text, January 24, 2022, https://insidetrade.com/daily-news/wto-members-debate-fate-agricultural- negotiating-text. The United States has viewed agriculture negotiations as having potential to achieve short term agreement on transparency issues. The press reports indicate WTO Members are nowhere near a significant agriculture package for Ministers to consider whenever the 12th Ministerial occurs and obviously won’t achieve an early harvest ahead of the Ministerial.

Few topics are as important to as many WTO Members as the topic of agriculture. Despite the importance of the issue to populations around the world, governments have starkly different views of where WTO negotiations should go. India, South Africa and others have pushed for reducing obligations assumed during the Uruguay through proposals on public stockholding and special safeguard mechanisms. Major agricultural exporters have focused on market access liberalization and reduction of export and domestic subsidies. The U.S., EU and others have had concerns about the lack of transparency of many Members agricultural systems and the failure of timely and complete notifications. China, India and others have not wanted limits on special and differential treatment to developing countries and have not supported the level of differentiation between developing and least developed countries that is being proposed by the Chair.

The inability to move broad-based agricultural reform and liberalization forward at the WTO despite ongoing negotiations since 2000 is a good example of the breakdown of the WTO system to achieve results through negotiations. The 2008-2009 financial crisis and the ongoing COVID pandemic with resulting significant export prohibitions or restrictions of some agricultural products have not resulted in long term solutions or rules even on this limited issue. It is hard to see multilateral progress in the coming months or even years in the agriculture space on many of the present issues. This will place ongoing pressure on countries with agriculture export or import interests to explore regional or bilateral arrangements. It also undermines the ability of the world to meet UN sustainability goals.

Without a common vision of the goals for the WTO, WTO Members are likely to continue talk past each other rather than move forward together. These challenges are complicated by the different economic systems of major players, some of which are incompatible with the WTO system.

The concept that negotiations can go on for decades is plainly unacceptable if the WTO is to maintain relevance. Unfortunately, the path forward to relevance is unclear at best.

To read the full commentary from Current Thoughts on Trade, please click here.