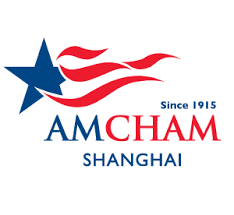 PwC for the American Chamber of Commerce in Shanghai

The survey results this year are decidedly mixed. While actual business performance was strong in 2018,
confidence in the future has weakened considerably. Investment is slowing and revenue growth expectations
are lower than in recent years. China’s regulatory environment has improved and its growing consumer market
is still a lure. However, market access barriers still impede foreign businesses and over a quarter of members
are redirecting investment originally intended for China.

Business Performance: Profitability in 2018 remained consistent with previous years, with 76.8%
of companies reporting profits. Logistics companies all reported profits, as did 93.3% of chemicals firms
and 89.9% of pharmaceuticals, medical devices and life sciences firms. Real estate, engineering and
construction services fared poorly, with only 36.4% profitable.

Five-year optimism dropped by one fifth to 61.4%, against historical rates of 80-90%, while pessimism
about the future rose by 14.0 percentage points. The most downbeat industries included non-consumer
electronics and chemicals.

Challenges: Over the next 3-5 years, 57.8% of our members rated an economic slowdown as their
biggest challenge, with U.S.-China tensions a close second (52.7%).

In many areas, China’s regulatory environment is better, though difficulty obtaining required licenses (56.7%),
a lack of IPR protection and enforcement (56.4%) and procurement practices favoring domestic competitors
(51.3%) were viewed as hindrances by more than half of respondents.

Operational challenges have decreased, with inefficient government bureaucracy (down 22.0
percentage points) and corruption and fraud (down 20.4 percentage points) seeing the most progress.
But these are still viewed as hindrances by 56.5% and 48.6% of respondents, respectively.

Rising costs (90.3% viewed as a hindrance) and domestic competition (80.9%) remained the top two challenges for
the third year in a row.

69.4% of businesses believe that their Chinese competitors are faster to market. 71.2% of respondents
believe their product quality is more advanced than at competing Chinese firms.

35.6% of survey respondents see the U.S.-China trade tensions continuing for 1-3 years, and 12.7% expect them to continue for 3-5 years. 16.9% believe the trade tensions will continue indefinitely.

Opportunities: 59.2% of respondents said increasing consumption will be the top factor to benefit
their industry in the next 3-5 years, a slight increase from last year (58.0%) and the year before (56.5%).
Similarly, 40% of those increasing investment in China in 2019 report doing so due to the growth potential
of the Chinese market.

Policy & Trade Environment: 53.4% of companies say that they are either delaying or reducing investment
as a direct result of the U.S.-China trade tensions, with only 4.5% increasing investment in response.
Over a quarter of respondents (26.5%) have redirected investments originally planned for China to other
locations in the past year – up 6.9 percentage points from last year.

The technology, hardware, software and services industry reports the highest level at 40.0%.

28.9% of members believe expanded government dialogues would best help the U.S. achieve its trade
objectives with China, and 23.2% chose investment and market access reciprocity as the most effective tool.

The tariffs imposed by the U.S. and China had little impact on company profitability in 2018, but in
combination with the government’s deleveraging process, their impact is being felt now. Revenue growth
projections have lowered, optimism about the future has waned, and many companies are redirecting
investment originally planned for China. Thirty percent of members believe that the tensions in the U.S.-
China relationship will continue for three or more years, a worrying outlook given the gains from 40 years
of trade.

Despite the travails created by the trade war and a slowing economy, many American companies still
see a profitable future in China. The allure of China’s consumption story remains intact, so too the
government’s commitment to improving lives. Policy changes in healthcare have opened and accelerated
access to best-in-class drugs, and American drug companies have benefitted as a result. Three-quarters
of pharmaceutical and medical device firms expect increased revenues in 2019.

The record therefore is mixed. While levels of optimism are the lowest in many years, nearly half of
companies are increasing investment in 2019. Even though an economic slowdown is our members’
greatest fear for the next three to five years, many businesses are expanding outside tier-1 cities. Global
supply chain disruptions are spurring manufacturers to rethink their strategies, and many are diversifying
production out of China. Yet others, emboldened by a weaker renminbi see fresh opportunities.

Still, with no sign of a trade agreement, 2019 will be a difficult year; without a trade deal, 2020 may be worse.
The majority of our members are opposed to the tariffs, preferring that China and the U.S. engage in
dialogue to resolve outstanding trade and investment issues. However, a significant percentage believes
that the U.S. government should use reciprocity as a tool to achieve its trade objectives. The causes of
their dissatisfaction are the same problems that have plagued foreign businesses for years, and which
China has failed to properly address.

Market access, for example, remains restricted. Obtaining licenses is also not easy, report 56.4% of
our members. And 56.0% of companies say that a lack of IPR protection and enforcement remains a
hindrance to business. Alleviating these problems would address some of the American government’s
primary complaints about China’s unbalanced trade and investment environment.

China has made progress. Members report that the regulatory and operating environment has improved
in several areas, including better tax administration. Corruption and fraud are less of a concern than in the
past. Such improvements in the business environment don’t just benefit U.S. companies.

If China made similar progress in transparency, rule of law and better protection of intellectual property,
it would spur both domestic and foreign companies to invest more. It would also encourage some of the
companies now leaving to instead remain.