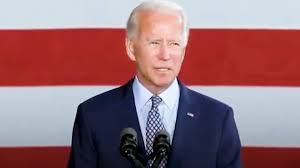 Biden Trade Policy U.S. Policy United States
Even before the Trump administration’s 2018 imposition of the 25 percent Section 232 import tariff against steel, the United States had the highest steel prices of any major country. This was due largely to more than 200 antidumping/countervailing duty restrictions applied to iron and steel imports from a wide range of countries. Today, steel prices in this country are even higher.
SteelBenchmarker, a market-analysis firm, reported the April 12, 2021, price for hot-rolled steel east of the Mississippi as $1,455 per metric ton. That’s 60 percent higher than the world-export price of $911 and even 42 percent higher than the $1,026 price in Western Europe. Import restrictions have made America a high-priced island in an ocean of lower-priced steel.
U.S. steel mills serve roughly 80 percent of domestic demand. The other 20 percent is filled by imports, predominantly from Canada, Brazil, and Mexico. China doesn’t rank among the top-ten suppliers. As would be expected in a marketplace for relatively fungible goods, import restrictions cause the price of all steel to rise, not just imported steel. American steel mills benefit from the artificially high prices in the 80 percent of the market they serve. Steel users, though, have to pay that high price on 100 percent of domestic consumption.
Because the costs to users are much greater than the benefits to producers, the economy as a whole is worse off. The tariffs diminish America’s overall prosperity and standard of living. In relative terms, it’s as if steel users are forced to pay $10, while steel producers earn only $8. This particular industrial policy burns the other $2 and sends it up in smoke, thus leading to quite a large loss for the overall U.S. economy.
There’s more bad news, though. Steel production in the United States is actually a modest-sized business, and it’s not getting any larger. There has been a high degree of tariff protection since the Great Recession, which should have helped to boost the industry. Instead, U.S. steel output has fallen more than 10 percent, from 98.1 MMT in 2007 to 87.8 MMT in 2019. As of 2019, there were 144,000 steel-mill employees. They added $31 billion of value to the economy, which is equivalent to 0.15 percent of GDP. Companies that buy steel and make useful things out of it, however, have a much bigger footprint. They employ 6.7 million workers and produce an economic value-add of $1.1 trillion (5.4 percent of GDP). So steel users employ 46 times as many people and add 35 times as much to GDP vs. steel producers. Which means we have an industrial policy that could hurt 46 workers for every one it might help.
Much of the hurt comes from the fact that steel tariffs are a highly effective mechanism for decreasing the international competitiveness of the broader U.S. manufacturing sector. Imported finished goods made with world-price steel often can handily undersell U.S. products. It’s not easy to succeed in manufacturing when the government is going out of its way to raise your costs.
Reduced competitiveness is costing jobs. A pre-pandemic February 2020 analysis by economists Lydia Cox (Harvard) and Kadee Russ (UC-Davis) found that Section 232 tariffs may have led to an increase of roughly 1,000 workers in steel mills. However, they cost the jobs of 75,000 people at value-added manufacturers.
It’s clear that protectionist industrial policy has not achieved the goal of rejuvenating the steel sector. Are there reasons to think things might work better when it comes to fostering cutting-edge industries? Not really. The current fascination with industrial policy on behalf of semiconductors or artificial intelligence is likely to run headlong into the reality that policymakers really aren’t all that good at predicting the future and making optimal investment decisions.
Trying to copy China is unlikely to be a recipe for success. After all, putting aside its flashy, braggadocious claims, there is considerable doubt whether the Chinese Communist Party will be effective with its centrally planned approach. As observed recently by China scholar Jude Blanchette at the Center for Strategic and International Studies, “If the state-led model is as unproductive as many think it is, then China will have wasted a generation’s capital pursuing a dream of centrally planned technological innovation.”

Rather than pursuing a misguided national industrial policy, the United States should stick with the approach that has served it well over time. That means maintaining a favorable business climate based on economic freedom, entrepreneurship, open and competitive markets, and the rule of law. It also means fostering an economy that encourages education, research and development, investment, and innovation. And it means avoiding the downside evident with policymakers’ failed intervention in steel.

A better idea? Let’s set aside new plans for intervention and focus instead on cleaning up the mess that industrial policy already has created for America.