Blogs > How President Biden Can Reinvigorate Global Development and Diplomacy 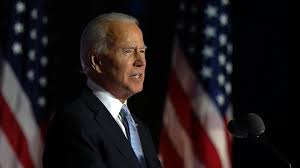 How President Biden Can Reinvigorate Global Development and Diplomacy

On day one, President Biden and the Congress will confront a range of difficult transnational challenges. A few, like ongoing wars in Syria, Yemen, Libya, are security issues that must first be addressed by the Department of Defense. But the wider range of issues—COVID-19, global economic contraction, climate change, retrenchment in democracy, historic levels of refugees and migration, humanitarian crises, social and economic inequities, terrorism—can be addressed only by the two D’s of diplomacy and development—with a heavy responsibility on the latter. I presented many of these ideas in a recent paper.

The question is what should the American people expect from the new president on development in addressing these challenges—and opportunities? We can be fairly certain from his track record and stated commitments that President Biden will seek to renew trust in American international engagement and leadership through a series of initial actions. They include:

So, if these are some of the starting points that are “givens,” what are “incremental” steps the Biden presidency could take quickly to elevate development with the stature and authority needed to fully address global development issues? They are:

Beyond the “given” and the “incremental,” what about the “visionary and ambitious”? What if averting future pandemics, the existential threat of climate change, the growing social and economic equities within and between countries, rising authoritarianism, the destabilizing effect of Chinese challenge to U.S. global leadership and established international norms are understood by the new President, his key advisers, and congressional leaders as creating a moment in time that demands more than just incremental improvement? What if this is viewed as another 9/11 moment, or a post-World War II opportunity, and development is acknowledged as central to re-envisioning U.S. global engagement?

The first step would be to bring together the key actors—the President’s national security team with leaders from the two foreign affairs authorizing and appropriations committees—to determine if there is sufficient consensus that the urgency of global challenges to U.S. interests demands more than business as usual, that elevating development is central to answering the challenges, and that they are prepared to collaborate on redesigning and upgrading U.S. tools of development. Among the options that should be on the table are:

President Biden and his team face the options of incremental improvement or ambitious innovation—each approach has its own benefits and deficiencies—but, the more ambitious better fits with U.S. history of responding to moments of international crisis and will better  serve U.S. global leadership for decades rather than several years.

George Ingram is a senior fellow in the Center for Sustainable Development, housed in the Global Economy and Development program at Brookings.