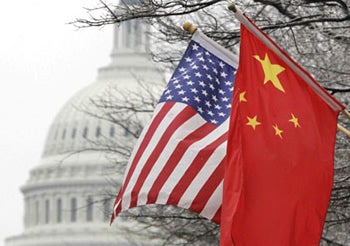 A previous column discussed export controls and along the way said that “history repeats,” making the point that while the specific issues today are a bit different, the fundamental problem of how to control technology exports without kneecapping the United States’ own industry has not changed. Following are some of the points I made last time, along with some new thoughts.

The Biden administration is being accused of being soft on China, primarily by Republican senators running for president and looking for an issue. This is an easy issue to demagogue, but that can lead to policy mistakes that will actually harm our security. This is typified by the argument over how best to control semiconductor exports. The core problem is that for the chip companies, China is both the biggest threat and the best customer. China clearly plans to become a world-class competitor in this sector, which in the long term poses an existential threat to the U.S. industry, not to mention the challenge that it will pose to our national security should China develop independent capabilities equal to or better than ours. At the same time, while exports of cutting-edge products are restricted, older, lower-level chips are not, and they provide an important source of revenue for U.S. companies—revenue they need to produce the next generation of chips that our own national security will depend on. This has been a carefully constructed balancing act over multiple administrations. Action in Congress threatens to upset it via amendments that were initially proposed to the EAGLE Act—the House China bill—and defeated there in committee. Now it appears some of them may be resuscitated in the Senate.

A particularly complicated one is the foreign direct product rule, which the Biden administration has retained from the Trump administration. It created a license requirement for items—primarily chips—that are foreign products directly produced by U.S. equipment and software. It was aimed at Huawei, but now there are calls to expand it and make it standard U.S. policy. That would create a significant disincentive to buy those items, which would make the chip shortage even worse than it already is. It would also be a significant expansion of the extraterritorial reach of U.S. law that goes after the very countries we want to cooperate with us on export controls, like Japan and South Korea. It would also push research and development offshore as foreign companies try to avoid the reach of our law—exactly the opposite of what the administration is trying to accomplish.

Equally problematic are proposals intended to take us back to the Cold War days when we controlled entire classes of items rather than the case-by-case approach that examines specific end users, which we have used since the Clinton administration. If, for example, Congress compels the administration to treat semiconductors as a “foundational” technology and impose broader controls on them, including re-controlling older chips, it would starve the U.S. industry of revenue, set back our own development of next-generation chips, and compromise our security.

Instead, the challenge is what it has always been—to navigate the fine line between too little control, where technology leaks out to our adversaries, and too much control, which undermines U.S. industries’ ability to innovate and “run faster” than the competition. Table-pounding from Congress does not make that any easier.

The administration’s approach so far seems thoughtful—to retain but not expand the tools developed in the last administration, such as the direct product rule and the military end-use/end-user definition, which have enabled them to control foreign production based on U.S. technology more effectively and to reach out more actively to our allies and partners who make comparable products and try to get them on the same page. In both these areas they are focusing more on the technology for making semiconductors than on the chips themselves, which is the right approach because it makes it more difficult for China to develop competing capabilities. Sweeping efforts to broadly control chips will do more harm to our own industry than to China. Working with allies will also be more effective than simply relying on the extraterritorial aspects of U.S. law; an advantage in this case is that there are not many other competitive manufacturers, and they are in countries that share our concerns.

Congress should also remember that the administration’s wisest action so far has been to focus on the “running faster” part of the equation—making sure our own industries are equipped to stay ahead of their competitors. We should not expect more from export controls than they can deliver. They play a critical role in our national security, but they cannot substitute for a sound technology policy that helps our industries grow and prosper. I hope senators keep that in mind as they take up the annual defense authorization and reject ill-considered amendments that would compromise our security by kneecapping our high-tech industries. Their efforts would be better spent passing the CHIPS Act, which was passed by the Senate but has been languishing for months since then.

William Reinsch holds the Scholl Chair in International Business at the Center for Strategic and International Studies in Washington, D.C.

To read the full commentary from the Center for Strategic and International Studies, please click here.